Smoke descended on Sydney overnight, from the ongoing bushfires and backburning operations being carried out in an effort to stop the fires. When I got up this morning and opened the windows, I immediately closed them back up again, because the smell of smoke was so strong. There was a haze in the air, reducing visibility, but not as dramatically as it has been on some days recently.

We needed some groceries, and normally I walk up to the supermarket and back, but today I didn’t want to be outdoors breathing that air for a second longer than necessary, so I drove up. it did give me the opportunity to buy more than I’d normally be able to carry home. And I took a photo of the smoke haze form the roof of the supermarket car park: 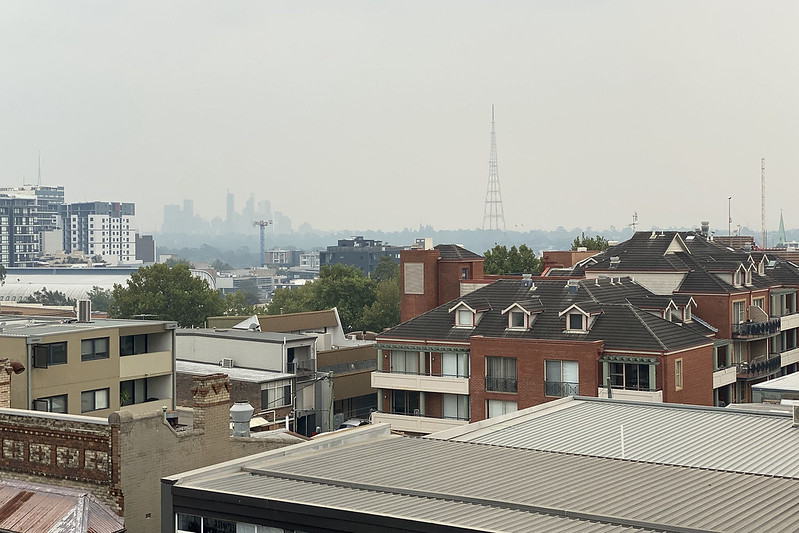 Today I made a new Darths & Droids comic, and did some thinking about storylines for Episodes 7-9. And I starting editing some old photos that I scanned from film prints from a trip to Thailand I did back in 2005. These are photos I’ve never had in digital form before, which I scanned a while back, but hadn’t got around to editing yet. I’ll probably start posting some of these to Flickr in the near future.