My first task this morning was to bake the ham that we’d be taking to Christmas lunch at my wife’s family gathering. This is not a large gathering – there were only eight of us, plus a few drop-ins who showed up briefly. So I’d bought a very small ham to avoid ridiculous amounts of leftovers. Which meant it took only a bit over an hour to bake.

We packed that and the remaining lentil balls and drove over to my in-laws’ place, which is a small waterfront property on Sydney Harbour. It has easy access to a small secluded beach which is never very busy. Anchored offshore were several yachts and small cruising boats, with people having their Christmas lunches on the water, and spending time leaping into the harbour to cool off from the warmth of the day. The weather was warmish, but relatively mild for this time of the year, which was nice.

We had pre-lunch nibbles – cheese, crackers, dips, breadsticks. Then the gifts were handed out. Scully got a few, and enjoyed tearing the wrappings off: 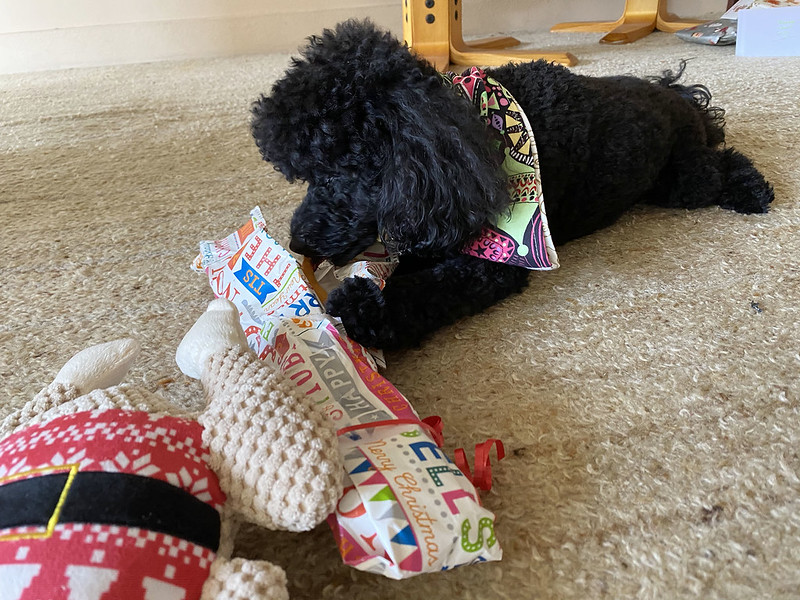 Then was lunch: ham, turkey, lentil balls, roast potatoes and pumpkin and carrots and onions, salad, bread. And then dessert: traditional Christmas fruit pudding, ice cream, and a deconstructed pavlova platter which my nephew made, with custard, cream, and tons of fresh fruits: passionfruit, mango, blueberries, raspberries, and strawberries. This was a really great dessert, as everyone helped themselves to exactly the proportions of pavlova, custard, cream, and fruit they wanted. It was delicious! 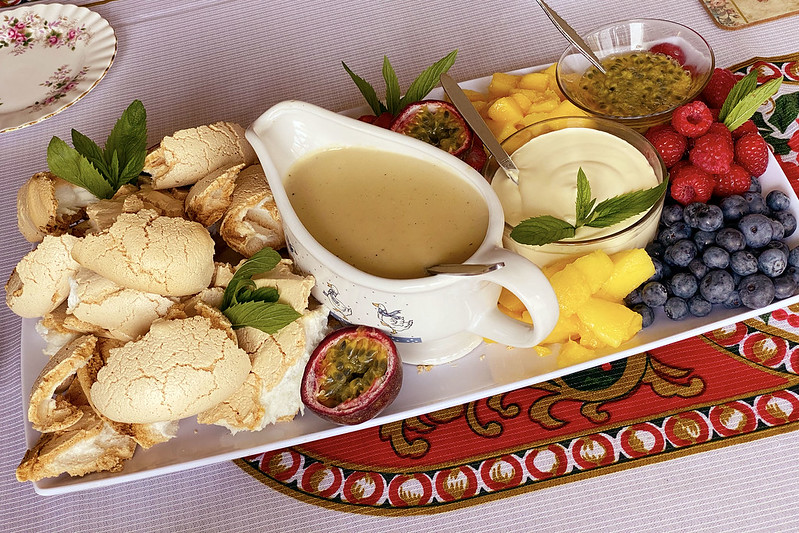 After the meal we lazed around for a while, too full to do anything else. Then my two nephews and I decided to go for a swim down at the beach. We took Scully as well, so she could run around and play on the sand. I didn’t swim for long, but did a couple hundred metres of freestyle stroke out from the beach into deep water amongst the boats and back. There are supposedly bull sharks in Sydney Harbour, but I’ve swum here many times and never seen any.

Following the swim, we pulled out some board games. We played a couple of games of Codenames and then Azul (which my wife won handily).

By now it was evening and the tradition of watching National Lampoon’s Christmas Vacation on the TV had begun. My wife and I watched a bit of it with everyone, and then headed home for the remainder of the evening.