This morning was my last Ethics class of the school year. I walked to the school (3.1 km away) because the weather was cool and winds had blown yesterday’s smoke away, thankfully.

In this class we didn’t discuss ethical questions, but instead reflected on the year gone past and what the students learnt. I asked them what topics they enjoyed most, which ones made them think when other students expressed different opinions, and which, if any, changed their minds. We had a really good discussion, and the kids’ behaviour was excellent. Towards the end of the lesson I handed out completion certificates to each child. I told them I wished them well as they begin high school next year, and said I would miss them, as this would probably be the last time we ever see each other.

I genuinely will miss (most of) them, and it makes me a bit sad to think that I really won’t ever see any of them again. However when the bell went, they basically just got up, waved bye, and filed out the door. I think at their age it doesn’t really hit them when they have to say goodbye to someone forever. Come February I’ll have a brand new class with new names to learn, and no doubt I’ll grow fond of the new kids as well.

I decided to walk home through the Lane Cove Bushland Park, which is more or less an alternate “shortest” route home. The track passes through some dense bush, and it would be very difficult to go cross-country off the established walking track. I should have emerged back into a street near my place, but when I was almost there I found a fence blocking the track, with signs indicating that it was undergoing repairs and was closed for safety due to heavy equipment being used. The idea of jumping a safety fence and incurring the wrath of construction workers didn’t appeal, so I had to backtrack through much of the park and emerge an extra kilometre of so away from home, adding maybe 2 km to my journey.

On the way though, I went down some streets I’ve never walked down before, and found a lovely old estate house on a big block of land: 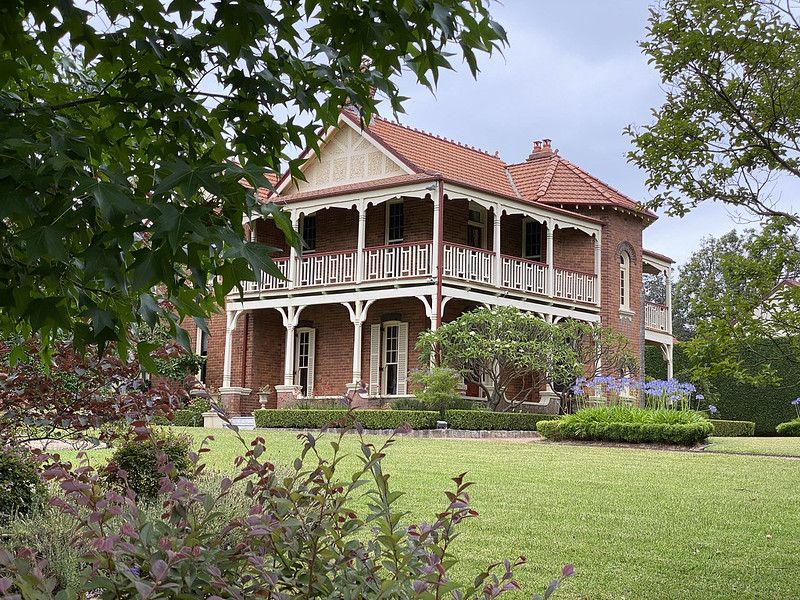 Back home, I didn’t have much time before picking up my wife and Scully to take them to their very first job as a Delta Dogs therapy dog team! This was an event held at Macquarie University for international students who won’t be travelling home to see family over Christmas, with the dogs there to give them some good cheer. They had a team of seven dogs there today, with Scully among them. Normally she’ll be working solely with my wife on hospital visits, but occasionally they have other sorts of events like this as well. Here’s Scully in her Delta uniform: 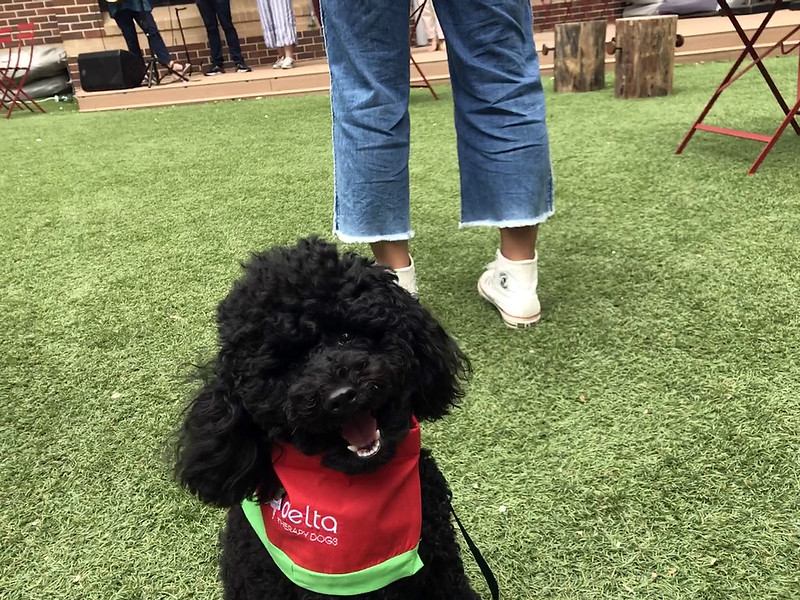 While I waited to pick them up I had lunch at a nearby friend’s place, and we played a game of Wingspan (the same game I played last Friday games night), which I won handily. Then I picked up Scully and my wife to head home.

I spent this afternoon and evening doing some coding work on the mezzacotta generators, adding some stuff to a new band name generator which we’ve been collaborating on.

Oh, and last night I made a batch of eggnog, using Jamie Oliver’s recipe. It had to refrigerate overnight, so I didn’t taste it until tonight. Actually, I had some commercially produced eggnog at my friend’s place at lunch today, to compare it against. It was the first time in my life I’ve ever had eggnog. The commercial stuff tasted okay, but honestly not something I’d buy.

But then I had my own home-made eggnog tonight… and it was delicious! A much nicer drink than what I’d had at lunchtime. 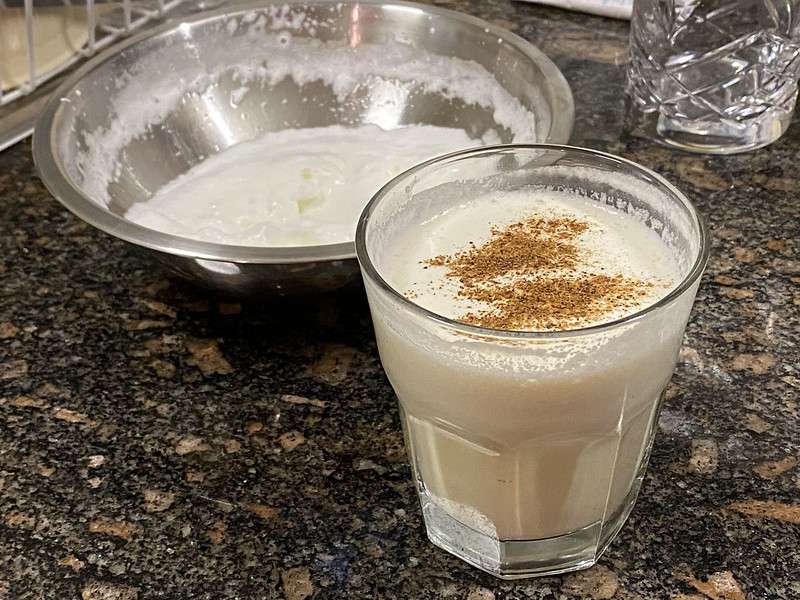 Yummo! I’ll definitely be making more of this some time.