Today was an awful day, weather-wise. It was hot, and the wind blew in a lot of smoke from the bushfires west of Sydney. And it just got worse as the day wore on.

It didn’t begin too badly. I was up early and decided to go to the local golf course to play 9 holes.I was there not long after 7am, and finished well before 9 o’clock. Last time I scored 64, and today I managed 59, improving by 5 strokes. I still lost a few balls, hitting wild shots into the bush surrounding the course. Unfortunately one of those shots was on the par-3 6th hole, and since the ball only went about 10 metres before disappearing into thick undergrowth, I decided to tee off again with another ball. That shot landed on the green, and I sank it in two putts. If only I hadn’t skewed the first tee shot into the bush I would have got a par! Oh well, maybe next time.

Most of the day I spent indoors, writing annotations for the latest batch of Irregular Webcomic! I finished all of those off (I started yesterday). And then I started work on preparing for a Standards Australia meeting on photography standards tomorrow, which I’m chairing. This meeting is primarily for me to report to the Australian experts on what transpired at the international meeting I attended in Cologne back in October. So I need to be up to speed on everything that happened there and all of the reports submitted at that meeting.

This afternoon I took Scully out for a play at the dog park and a walk along the harbour shore with the other owners and their dogs. We left at 3:30pm, and as we drove down to the park I could see the smoke smeared across the sky. And once we got there and out of the car… wow, it was really bad. Here’s the park, with a view to the office buildings of North Sydney in the background: 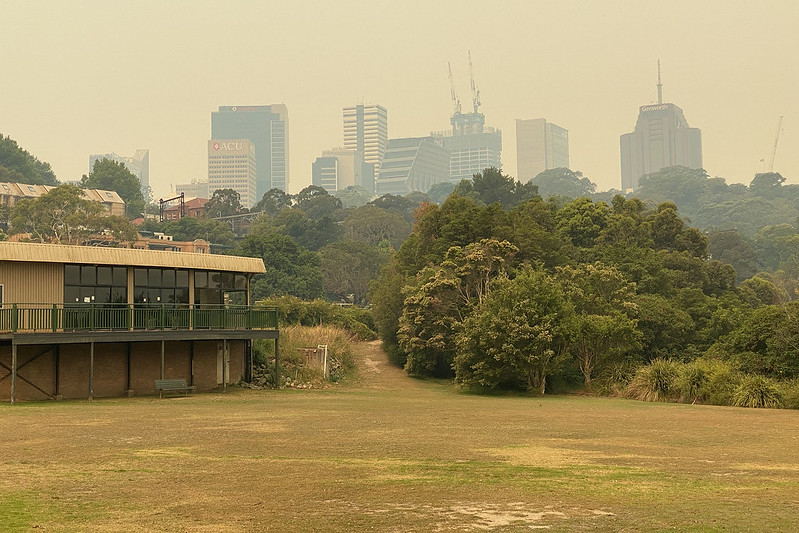 The walk goes down by the Harbour shore, where there’s a view across to the Harbour Bridge and the city central business district: 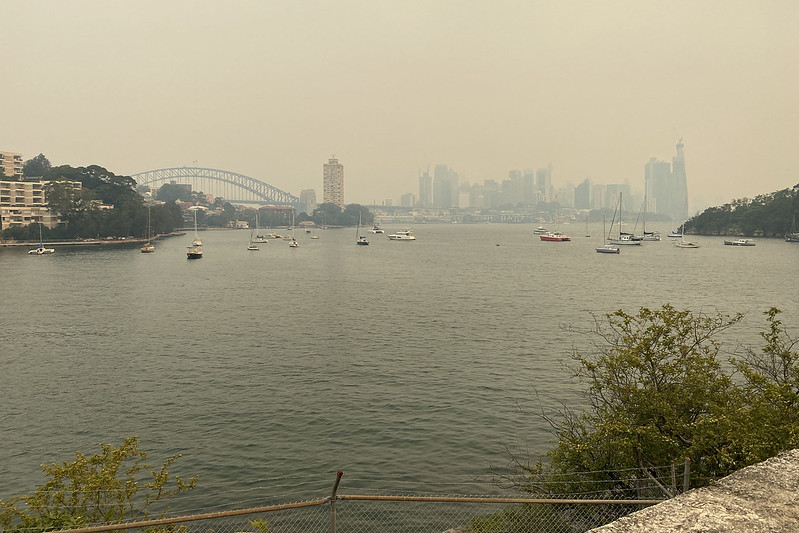 We walk along this path which leads through an old oil terminal site on the shore, where tankers used to unload petroleum. The site has now been cleaned up and turned into this park. Today the afternoon sun burned down redly through the smoke haze: 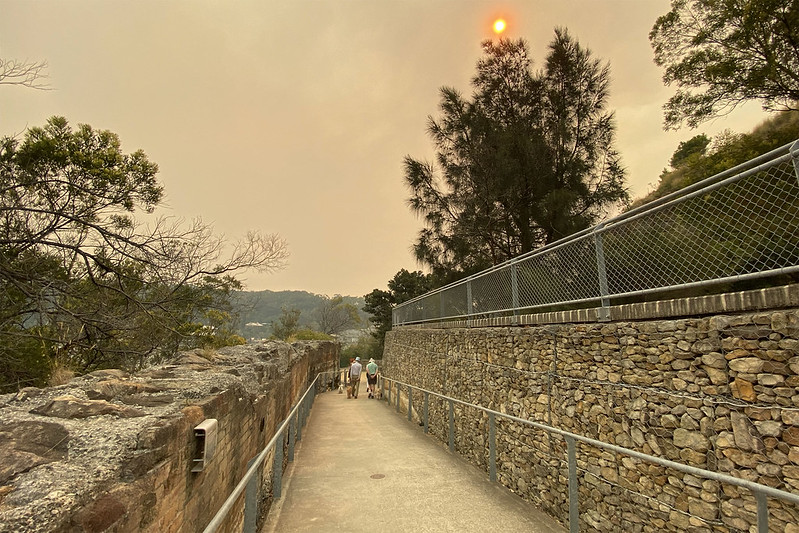 Here’s Scully (the black dog at centre) and some of our fellow dog walkers, approaching the far end of the walk along the shore: 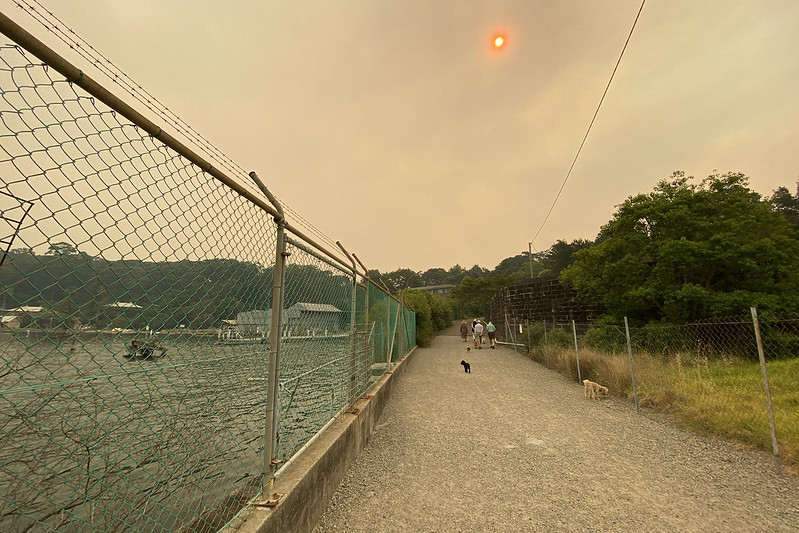 Coming back, the view of the city looked like this: 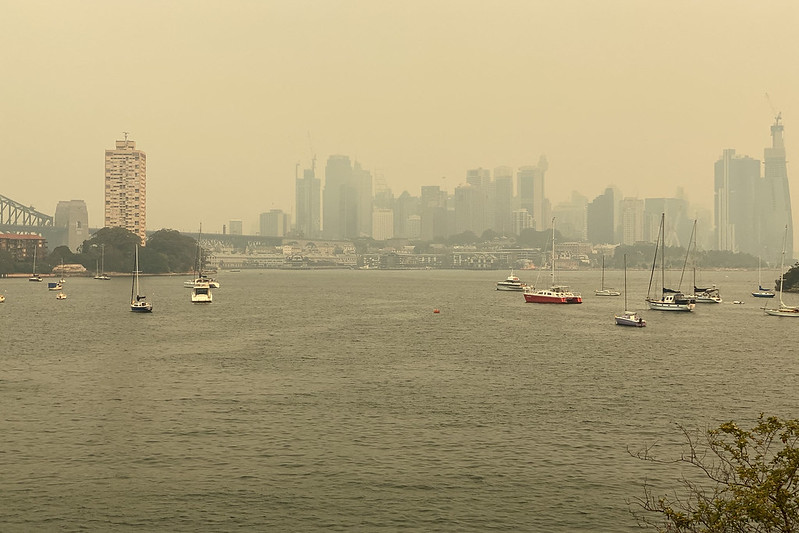 The air was very unpleasant to breathe, and my throat is now scratchy and irritated. Unfortunately, the forecast with the fires and the winds is that this sort of smoke will linger over Sydney for several more days before we get a wind change that blows it away. But alas it will most likely return after that, and it’s possible – even likely – that we’ll be having to deal with this on and off throughout the whole summer.

One thought on “Heat and Smoke”