Last night was fortnightly games night with the guys. We played Azul: Summer Pavilion, which I picked up last weekend: 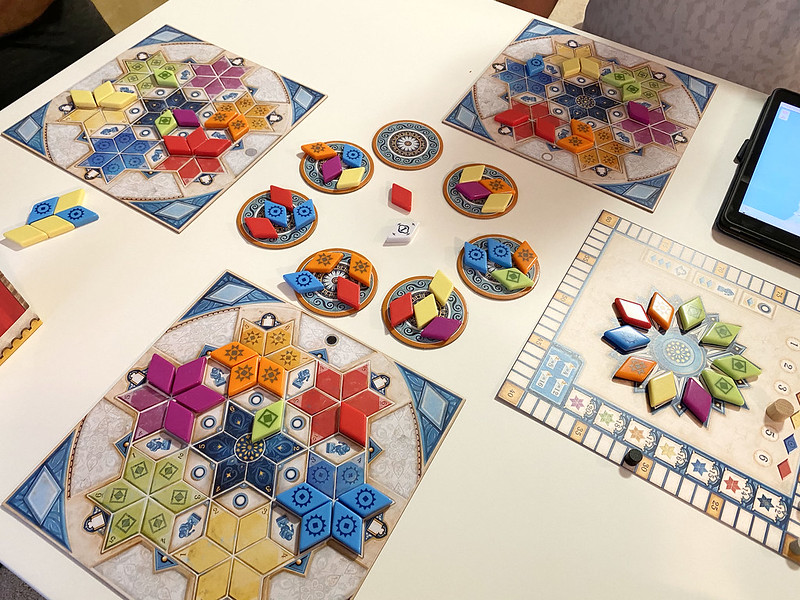 And Deep Blue, one of the games I got in Essen: 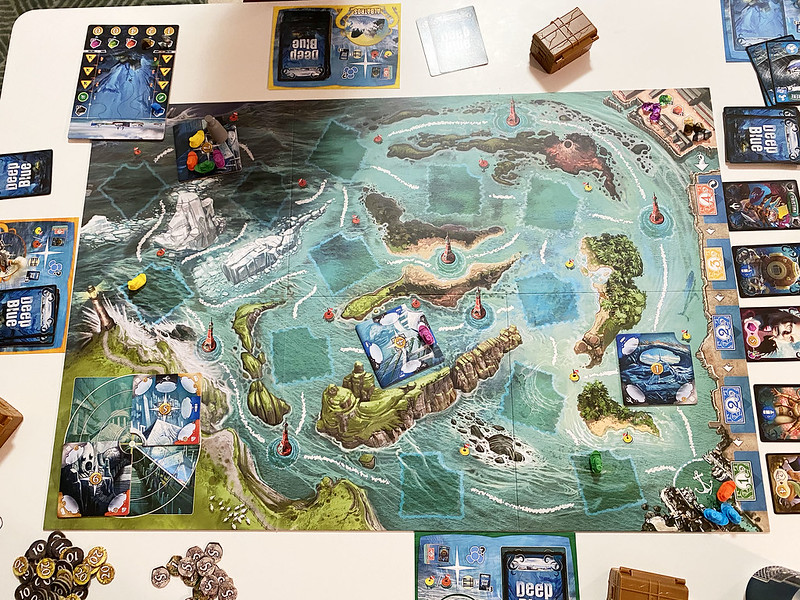 I didn’t win either game, alas.

But on to today: After Scully passed her Delta therapy dogs exam last weekend, my wife had her training scheduled today. The training is for human handlers only, so I had to look after Scully for the day.

We dropped my wife off at the training place before 9am this morning, and then Scully and I drove back home. She was a bit distracted on the trip, and kept putting her front paws on the armrest console, thus activating various buttons. She does this occasionally when in the car with just a driver. She can turn the radio on and off, change the station, one time she set up a new favourite station. Today she managed to activate the satnav and store a new favourite address!

Back home, she relaxed in her dog bed while I made a new Darths & Droids strip. We went out for a bit of fresh air in the park across the street, and then it was time to go get some lunch. We drove back to a bakery near where my wife was training, and I got some pies for lunch. We walked over to a nearby park where Scully could run around and chase a tennis ball. The park is on a slope running down to Drummoyne Oval, where a grade cricket match was in progress. 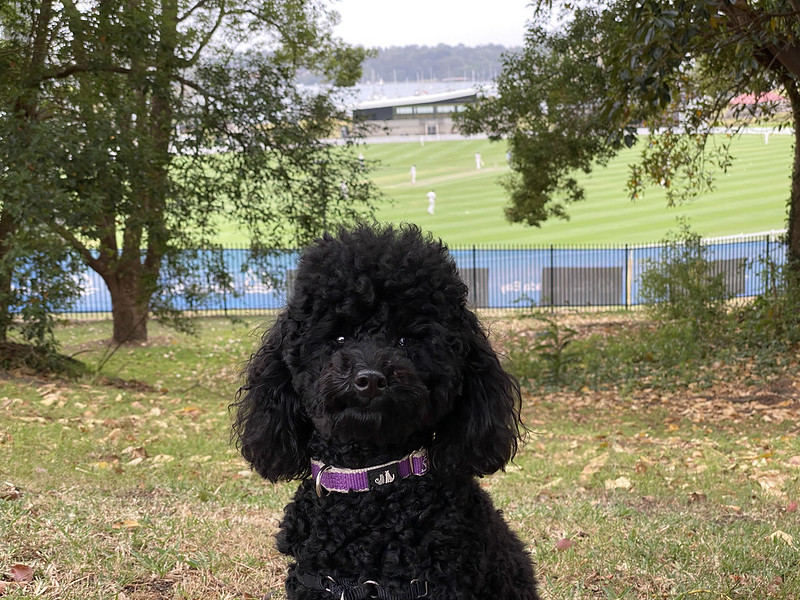 At one point I tossed the ball, and it rolled down the hill with Scully chasing it… but she’s not a terribly agile dog like some others, and generally has to wait for the ball to roll to a stop before she can pick it up. I could see what was going to happen and ran after her, but by the time we got to the bottom of the hill, the ball had rolled under the fence and into the cricket ground. I could see it, some 10 metres inside the fence. So we had to walk around the outer fence to find a gate that was open, and then go inside the spectator area, and walk around the edge of the playing field while the game was in progress, to retrieve her ball. Fortunately grade cricket matches don’t charge admission for spectators, so we could get in and out without any trouble.

After an hour of playing in the park, we went to pick up my wife. Her training went fine, and she’s selected some hospitals near us that she’d like to visit with Scully as part of the Delta program. They won’t start until early next year, but she’s pretty excited.