Late update, because last night was fortnightly games night with friends. I took my new games acquired at Spiel in Essen, and we played Walking in Burano: 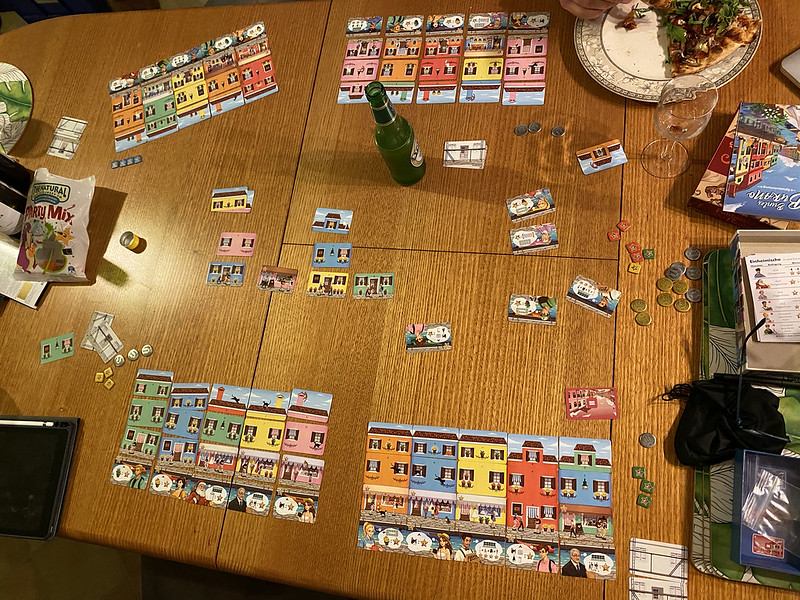 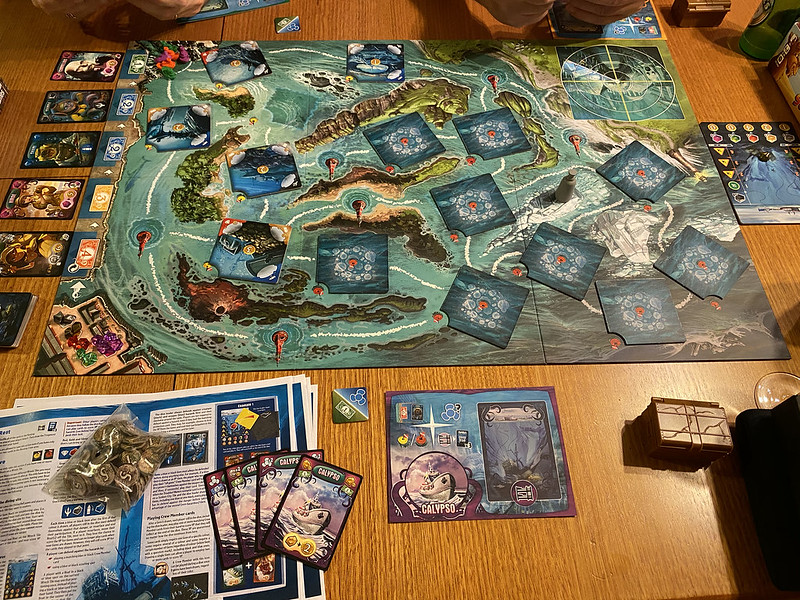 Burano was a hit. Deep Blue I think we need to play a few more games of, and with more players. We had four players for Burano, which was great, but two more people arrived after that, and Deep Blue only supports up to five, so we split into two groups of three. The box says Deep Blue plays in 45 minutes, but we took almost 2 hours to play the first game. It’ll speed up as we become more familiar with the rules and strategies, but my feeling is that more interaction with more players will be better as well.

We also played a new game that AS brought, The Quacks of Quedlinburg, a magic potion brewing game which was a lot of fun: 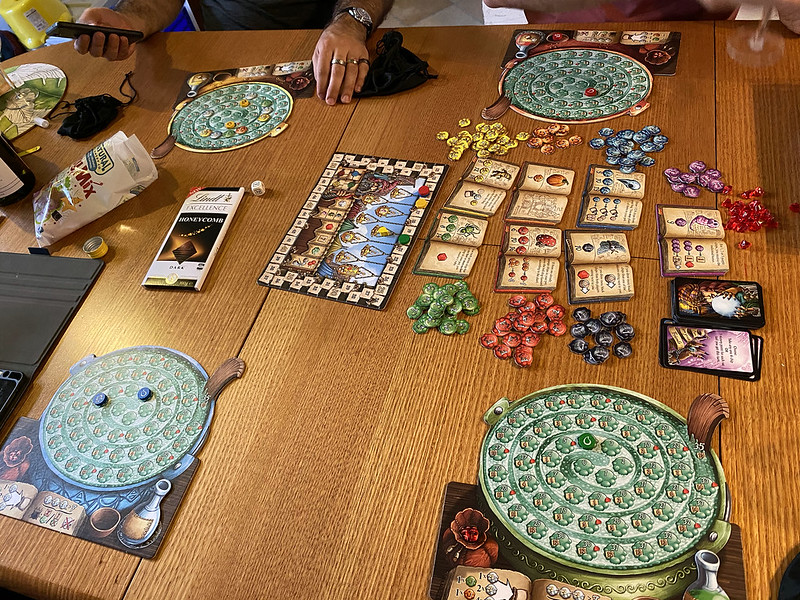 Earlier in the day I wrote a few scripts for Darths & Droids, hoping to be able to go through them with the guys before games started. But AS was hosting, and it’s difficult to do at his place since he doesn’t get home from work until later, and by then everyone just wants to get started on the games. So we’re going to review the strips over online chat this weekend – hopefully in time for Sunday’s new one to be published!

Doing that, and other stuff, meant i didn’t have time to complete that 100 Proofs entry I started on Thursday. Maybe today??