Andrew C. suggested we play golf today, so we met up at the Terrey Hills Par 3 course where we’ve played before. I’m still a rank beginner, and this was only the 4th round of golf I’ve ever played. The course is “pitch and putt”, and I talked about our last two rounds here and here. I’ve put the scorecards into a spreadsheet, and discovered that Andrew’s arithmetic left a little to be desired, as my scores for the previous two rounds were 91 and 93 (not 92 and 95 as he’d calculated!).

Since last time I’ve acquired a very cheap second hand set of clubs. I found someone local selling cheaply on eBay. Andrew inspected the clubs and was impressed, saying I got a real bargain – the seller must have just wanted to get rid of them quickly, because he probably could have got twice or more the price for them if he’d wanted.

Today I played a couple of great shots. One tee shot bounced on the green and hit the flag! That was exciting, but unfortunately it bounced quite a way, and I couldn’t get the birdie, but managed to par the hole. The second god shot was after I landed a tee shot in a bunker. I hadn’t played a decent shot from the sand yet, but today I managed to not only scoop it out of the bunker, but stop the ball maybe 40 cm from the hole. Alas my putting still needs work, and I 2-putted for a bogey.

My total score for the round was 81, a full 10 strokes better than my previous best of 91. So it was a good day! After the round, we went to the driving range next door and Andrew showed me how to hit some longer clubs, a 5 and 3 iron, and a driver. I managed okay with the irons, but I can see the driver will take a bit more work. Andrew reckons I’m ready to tackle a longer course, so our plan is next time to play at the Northbridge Golf Club. The course is a par 64, with only a single par 5 hole. Apparently it has one of the most famous holes in Sydney, the par 3 fifth hole, which involves teeing off at the edge of a cliff, to the green far below. Here’s a photo from the tee (from the golf club’s website):

After driving practice, we separated and I drove out to the coast to get some lunch. On the way home I drove along Sydney’s northern beaches, stopping at Bilgola lookout to take a couple of photos. Looking south: 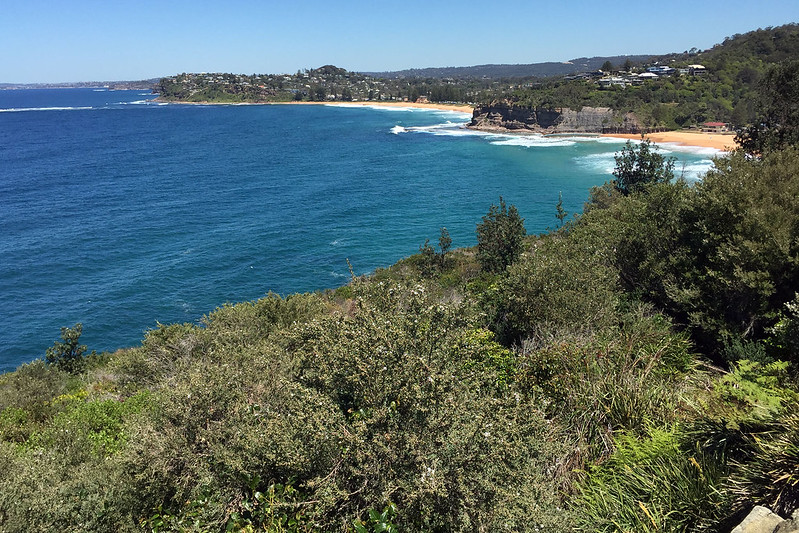 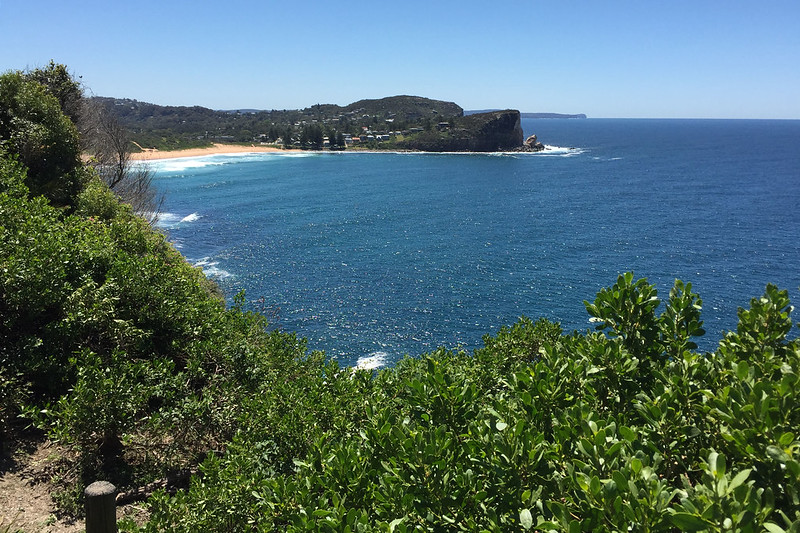 I relaxed back at home a bit and had a nice dinner out with my wife (and Scully). All in all, an excellent day!