Sunday was cool and a bit rainy in the morning, but fined up during the day. My wife wanted to go check out a new market that we hadn’t been to before, dedicated to arts and crafts, at Gymea, a suburb in the south of Sydney. A friend of mine who used to live in the area told me that the venue used to be an old heritage estate, with a house and large grounds, but fenced off and inaccessible, with a bit of a spooky reputation. But in the 90s they opened it up to the public and turned the house into an arts centre. It has a gallery and studios where they hold classes in painting, pottery, and so on.

The market had stalls both inside the gallery and spilling out all over the lawn, with maybe a hundred or so different stalls. There was also a stage with a band playing live music, and a small cluster of food stalls. Several other people had brought small dogs, so Scully got to meet some of them. 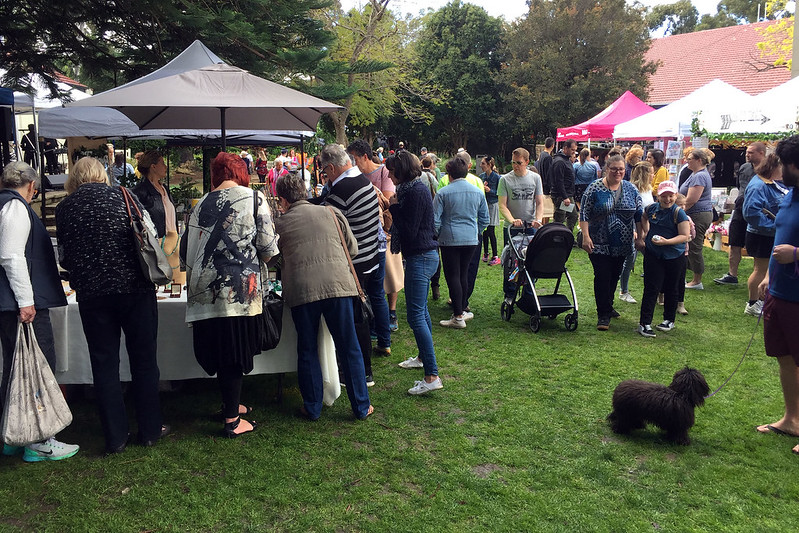 After browsing around all the stalls, we sought some lunch, heading a block over to Gymea’s shopping strip, where we found a place called The Portuguese Bakery. Figuring this was… wait for it… a Portuguese bakery, we grabbed a table and got some savoury pastries for lunch. Of course they had the well known Portuguese egg custard tarts, so I had to try one. 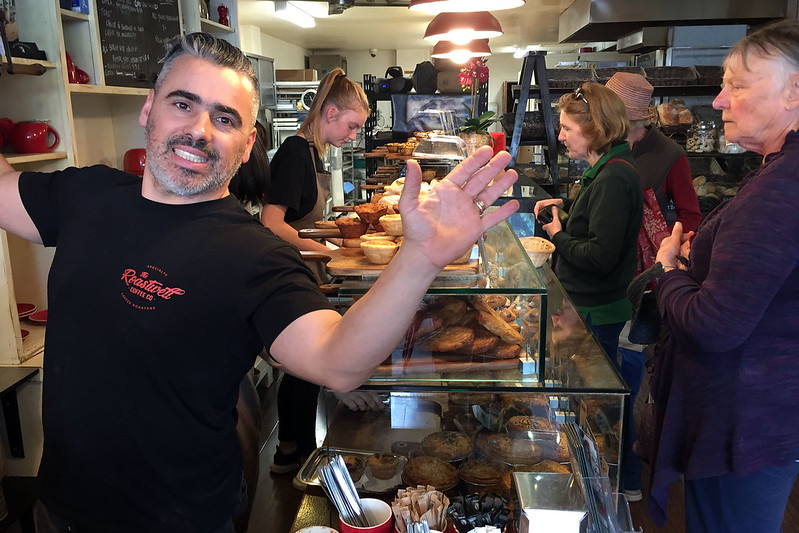 But wait, there’s more! When we’d visited Portugal earlier this year, naturally we tried tarts in many places. All the bakeries there make them. But they make them all in the very traditional way – flaky pastry base, filled with custard. They were great, but quite similar to one another. But the great thing about a traditional baker emigrating to Australia is that they start to incorporate the local tastes into their products. They had not only traditional tarts, but also passionfruit, orange, raspberry, and fig custard tarts!

You would never see such sacrilege in Portugal, but here it makes sense. Passionfruit in particular is used a lot in baking and desserts, and marrying it with a custard tart turned out to be a genius level inspiration. Because I had one, and it had a layer of fresh passionfruit pulp under the custard, which added a pleasing fruity tang to complement the sweetness of the custard. The Portuguese may deny it, but I think this creation is even better than the traditional version. It was that good.

We got home in the mid afternoon and relaxed a bit, before taking Scully out for a run around the local park and chasing some tennis balls. And that about filled out the day!