I still had three or four strips to write in the latest batch of Irregular Webcomic!, so I started on those first thing this morning. I powered through writing them in about an hour or so, and it was still early enough to get to work on photographing, so I did. I had to run down to the garage to retrieve my Lego Jabba the Hutt for one new comic. It would have been ideal to have the Lego Boushh figure as well, but I don’t have that so I had to improvise: 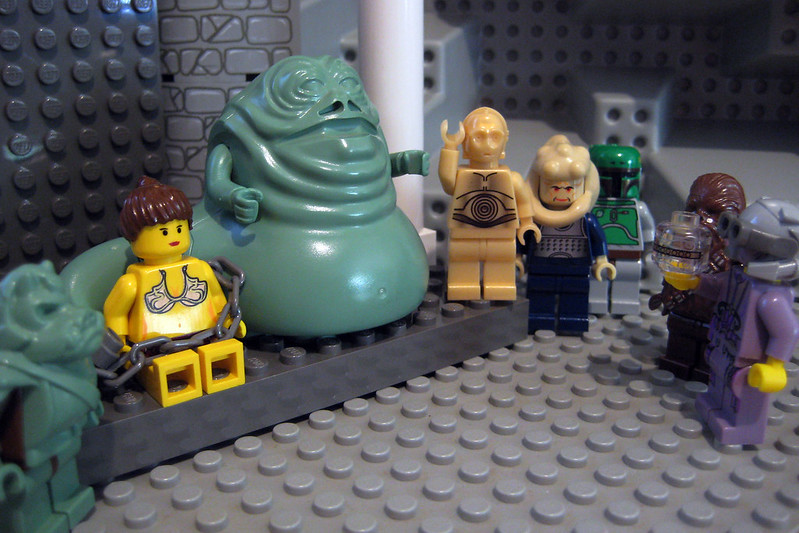 Now that I look at it, I realise this scene shouldn’t have Leia in the slave outfit next to Jabba… but, oh well. Anyway, building sets and taking photos for the comics took several hours, and I didn’t finish until a late lunch time.

After lunch I took Scully for a walk and dropped in at the small nearby supermarket to pick up some fruit. And this afternoon I starting putting the finishing touches on the Magic: the Gathering thing I’m preparing for Friday night. It’s nearly finished – hopefully I’ll be able to finish it off tomorrow so I can work on some other things later in the week.