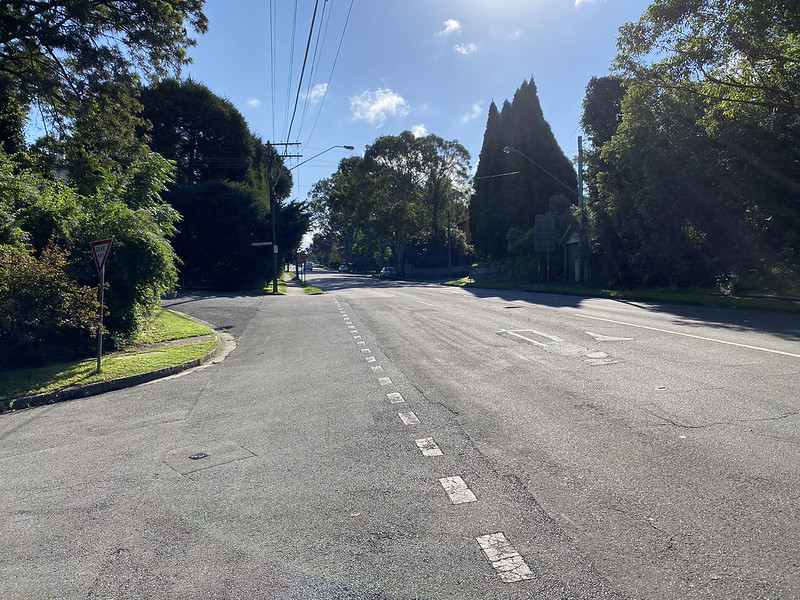 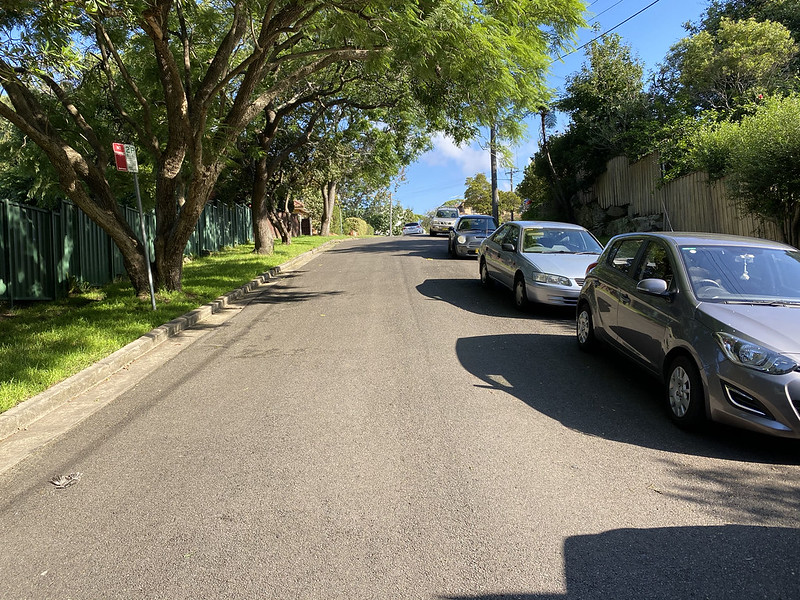 This is Wilona Avenue, which also leads uphill, but is much quieter. 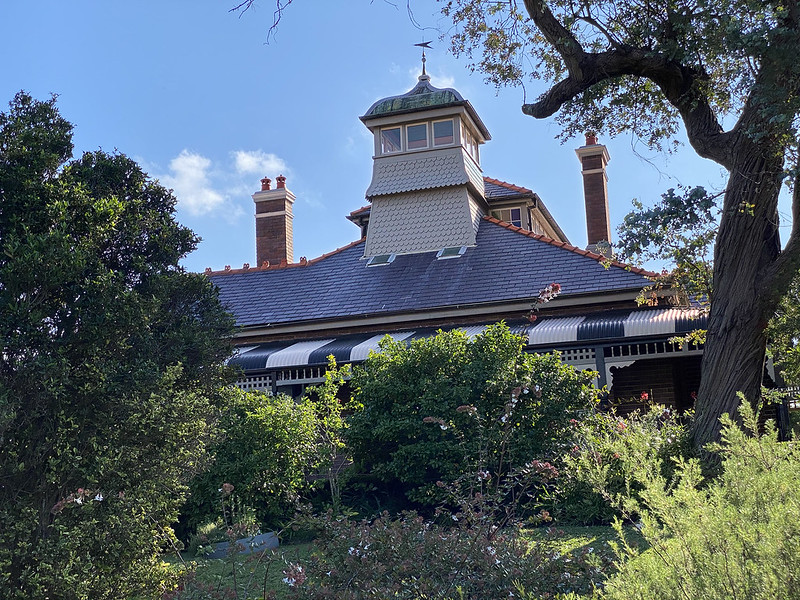 Around the corner at the top of the hill is this wonderful old house, named "Wilona", after which the street is no doubt named. "Wilona" was built around 1900 by a Mr Wilson, in the Federation Queen Anne architectural style. 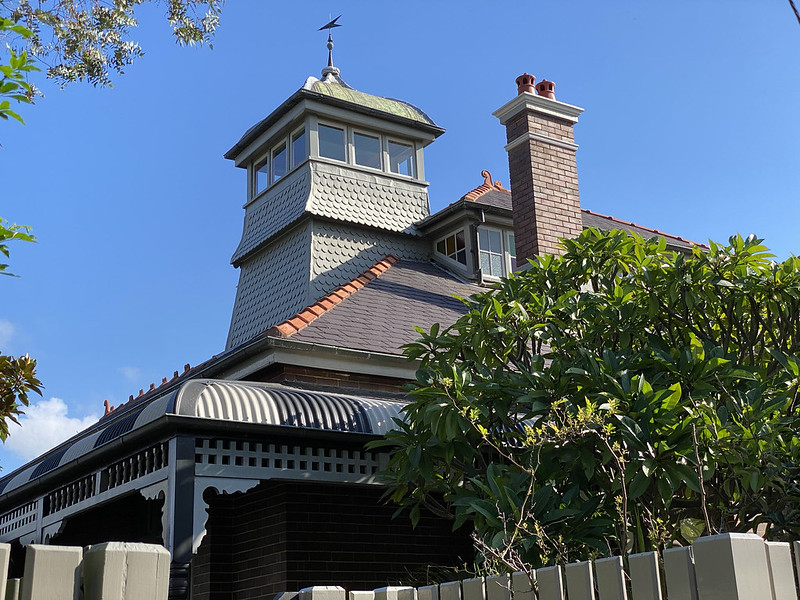 It has an observation tower room! The tower has copper roofing. I hope whoever owns it has a telescope up there. 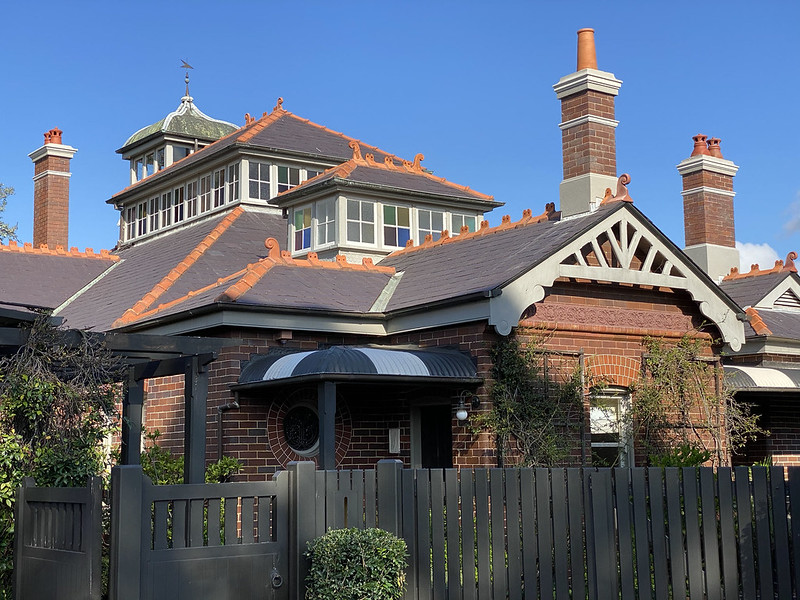 We've actually approached from the rear of "Wilona". A pedestrian path leads to... the other half of Wilona Avenue, and the front of the house. I like the round hobbit window too. The adjacent house (to the right in this photo) was originally the coach house and stables for "Wilona", which were adapted and incorporated into another house. Both "Wilona" and the adjacent house incorporating the coach house and stables are heritage listed. 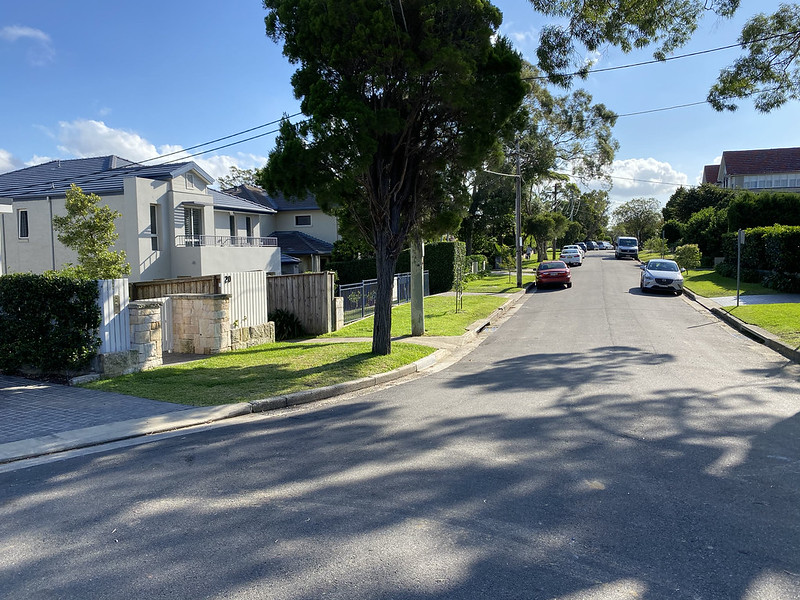 The second half of Wilona Avenue continues uphill at a more gently slope. 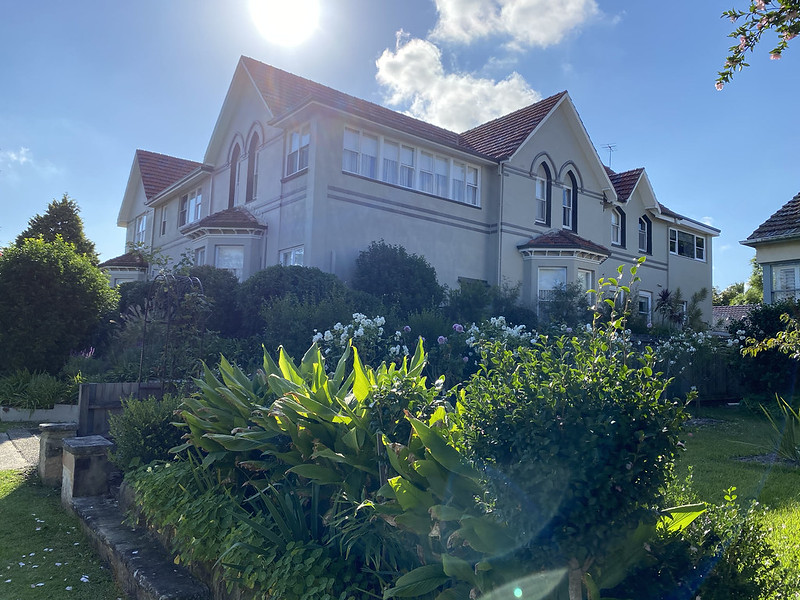 At the top, on the corner of Greenwich Road, is the Glenwood Aged Care Home, which occupies this lovely old building. The building was originally built in 1884, as a large two-storey house surrounded by orchards and a number of associated building, extensive gardens, croquet lawn, terraces, and walks. It was originally owned by William Tulloch, a wine and spirits merchant. The property has been altered almost beyond recognition, but now serves as a nursing home. The building is heritage listed. 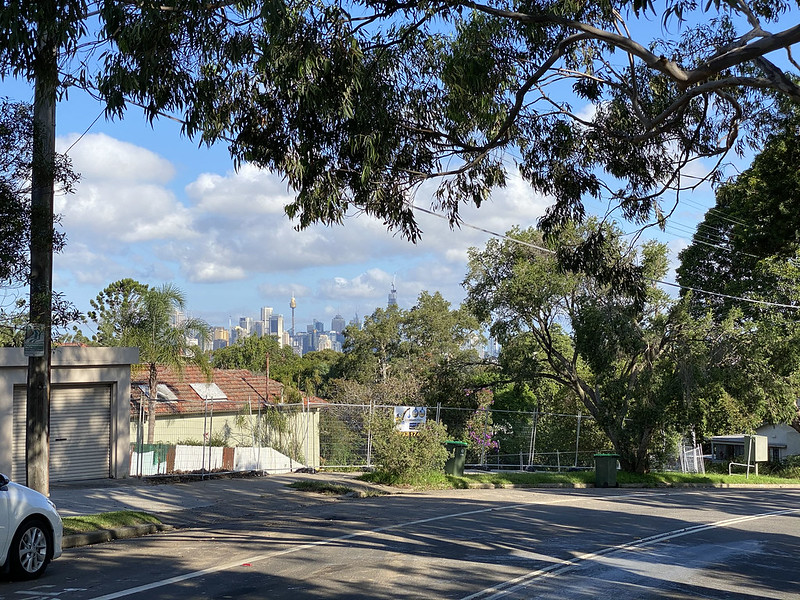 We head south along Greenwich Road, which is the main street of Greenwich. Greenwich Road runs along the top of the ridge, so there are glimpses of sweeping views, where they're not blocked by houses. Such as this construction site. 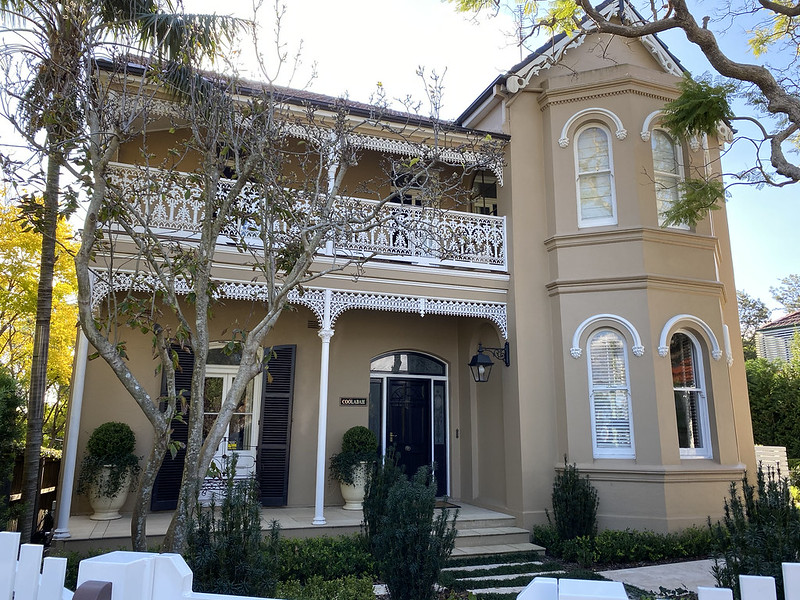 This lovely Victorian home is named "Coolabah", which is the name of a species of eucalyptus tree. And also the brand name of a line of cheap cask wine. I guess the wine tastes like it's made of eucalyptus instead of grapes. Nice name for a house though. The side street adjacent to the house is also named Coolabah Street, probably after the house, I'm guessing.

The house was built in 1883, for Mr Jeremiah Roberts, the first Lord Mayor of Lane Cove. He died in 1934, and in 1938 the estate was subdivided and a house to the right was built on part of the original property. The building is heritage listed. 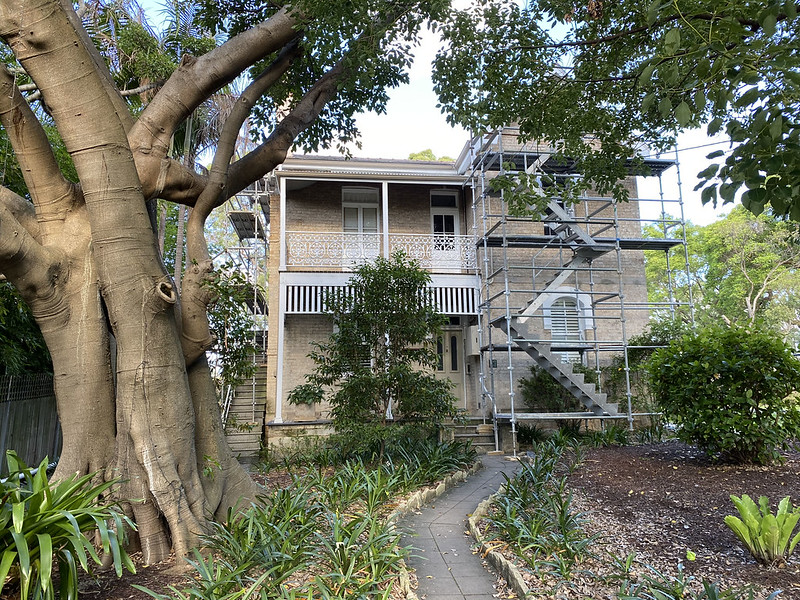 Further down Greenwich Road is this similarly old house, currently being renovated since it's not in as nice condition. It has a spanking big fig tree in the front yard though.

This is "Greendale", a Victorian Gothic villa built in 1887. It's now divided into two flats. "Greendale" is also heritage listed. 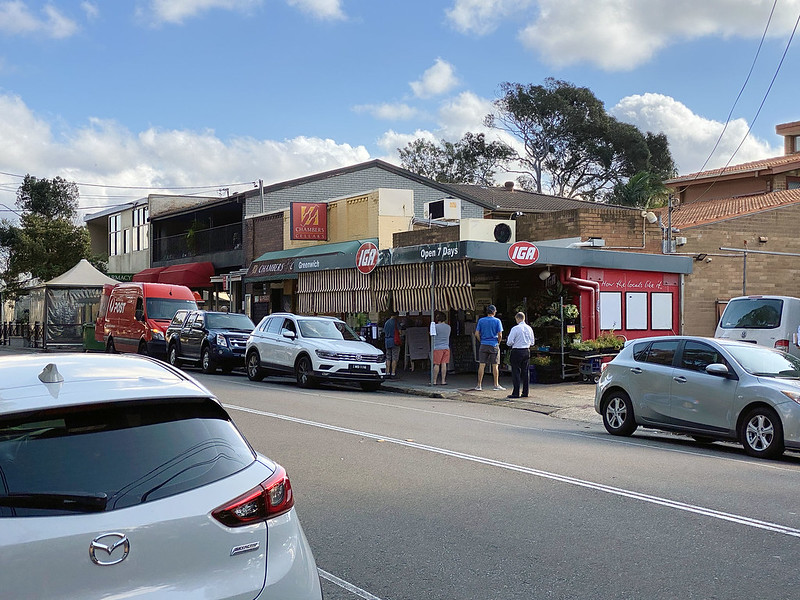 There is a small cluster of shops on Greenwich Road. A cafe, a fish & chip shop, a hair salon, a pharmacy, a tiny post office, a bottle shop, and a small supermarket. Which is practising social distancing during the current coronavirus pandemic by only allowing a limited number of people inside at once, and making others wait on marked crosses on the footpath outside. 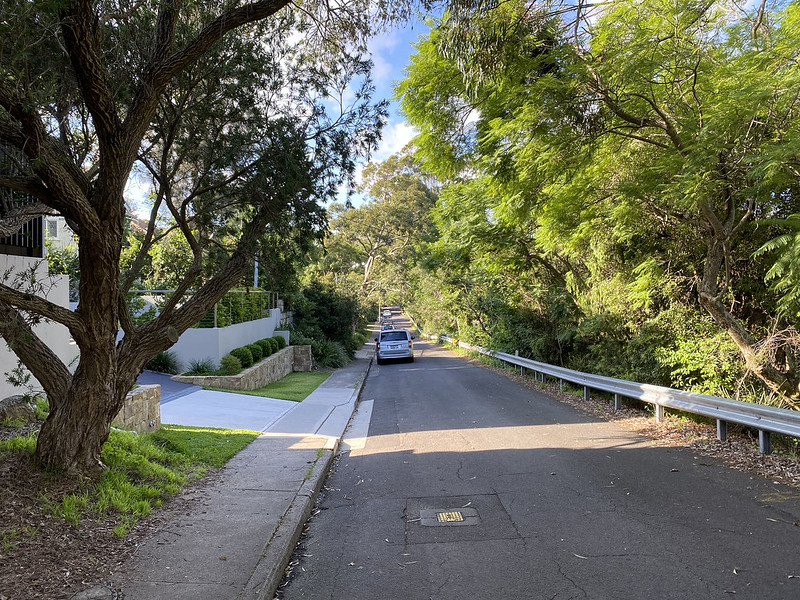 We don't follow the full length of Greenwich Road - at least not today (but we will in future Walk 12. Greenwich Baths). Instead we turn off Greenwich Road and go down to Glenview Street, which has a view into the glen on the right hand side. I've lived in this area and walked along this street for over 20 years and only just realised why the street is named that. We saw a couple of the houses on Glenview Street in Walk 3: Berry Island. This time we're walking in the opposite direction. 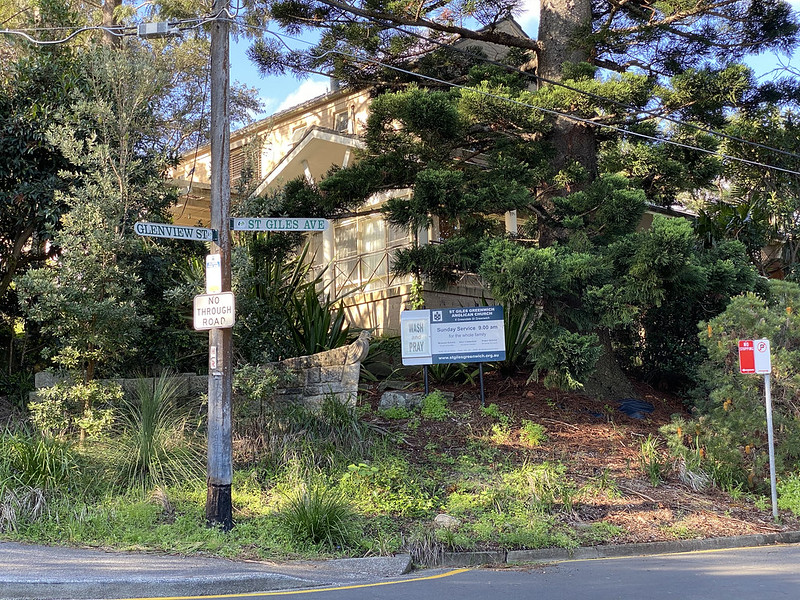 At the corner of St Giles Avenue is St Giles Anglican Church. The church building itself is further down to the right, but it owns the adjacent properties as well. I believe this building here is the rectory. The church was established on land donated by the owner of "Wilona" (see above), which is not very far away. The church itself is heritage listed. 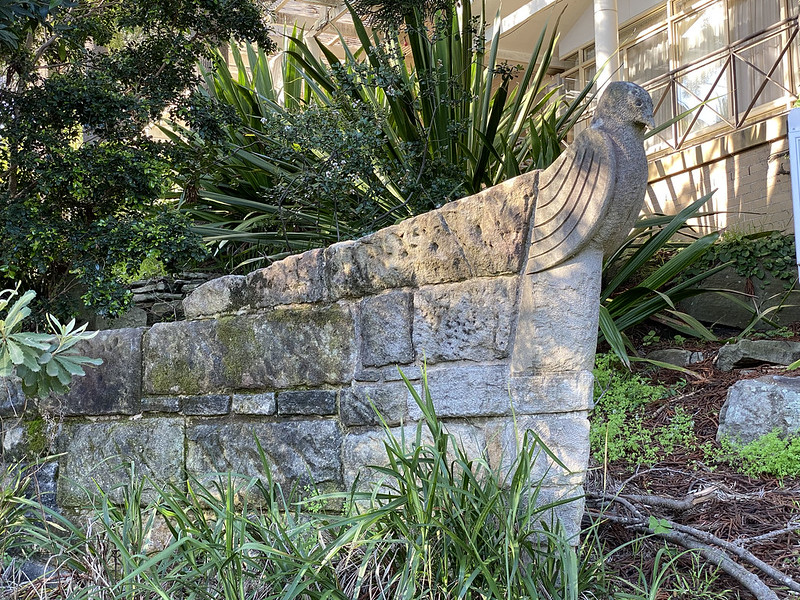 Let's just zoom in on that stone wall. It's shaped like a ship's prow and has this cool looking figurehead jutting out into the garden. I presume someone responsible for designing or building the church complex was a naval/marine person of some description. 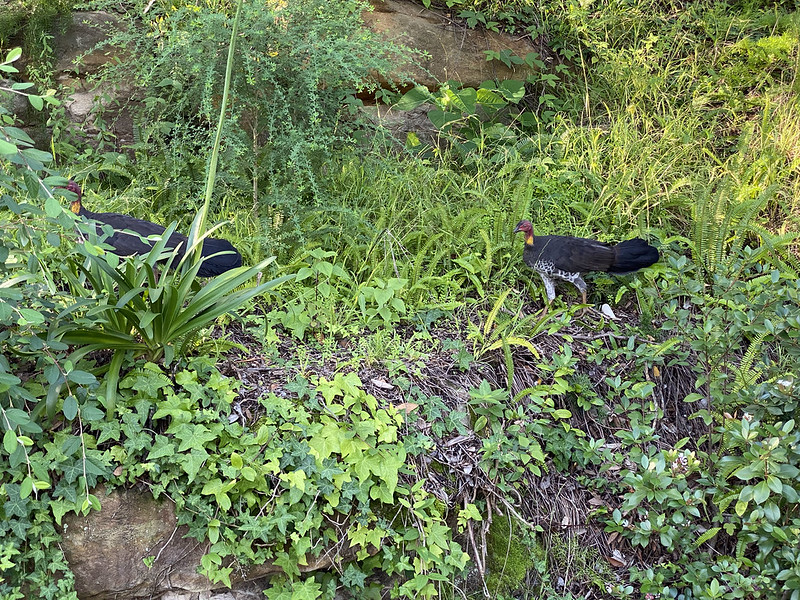 Here are a couple of brushturkeys, just hanging out. 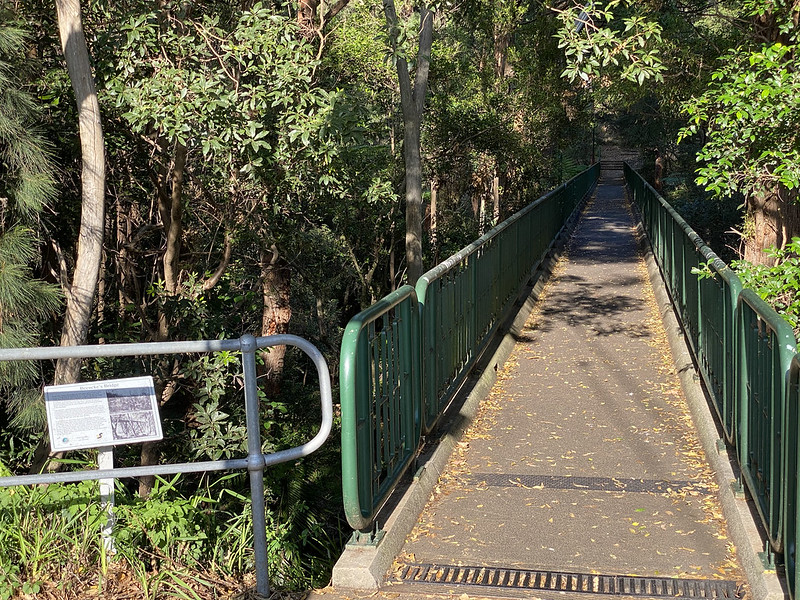 St Giles Avenue is a dead end for cars, but pedestrians can continue across the glen on Beencke's Bridge. The original Beencke's Bridge was built around 1906 by John Beencke, a German immigrant stonemason and carpenter, as a wooden trestle bridge across the steep gorge of Berrys Creek, connecting the suburbs of Greenwich and Wollstonecraft. Mayor Jeremiah Roberts (owner of "Coolabah" which we saw above) was part of the committee which raised funds and directed construction. The wooden bridge was replaced with the current concrete and steel bridge in 1964. 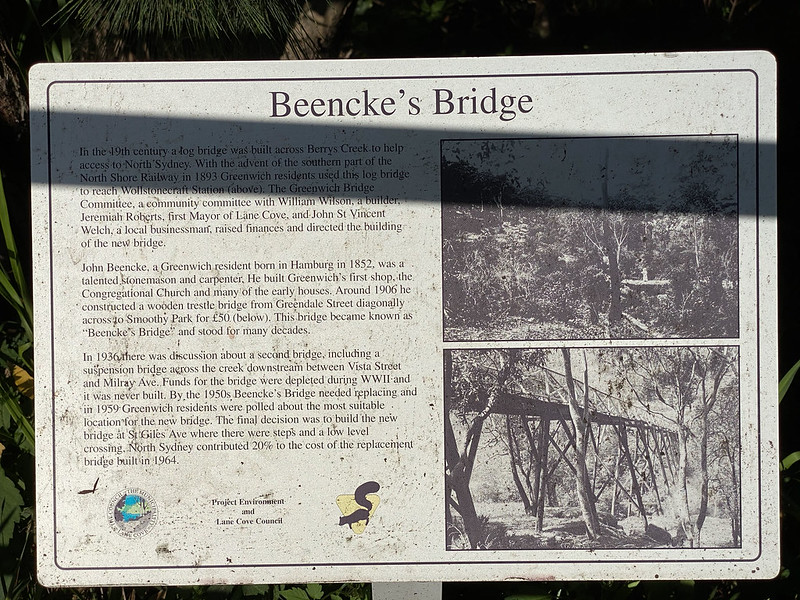 Here's the informative plaque about the history of Beencke's Bridge. 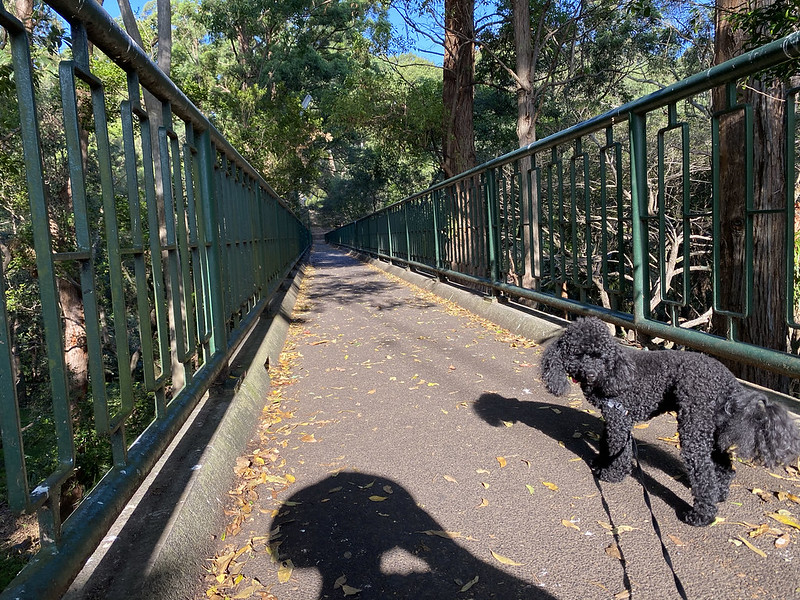 The bridge leads over Berrys Creek, which featured in Walk 3: Berry Island. Oh yes, at this point Scully reminded me that she was on this walk too and wanted some screen time. 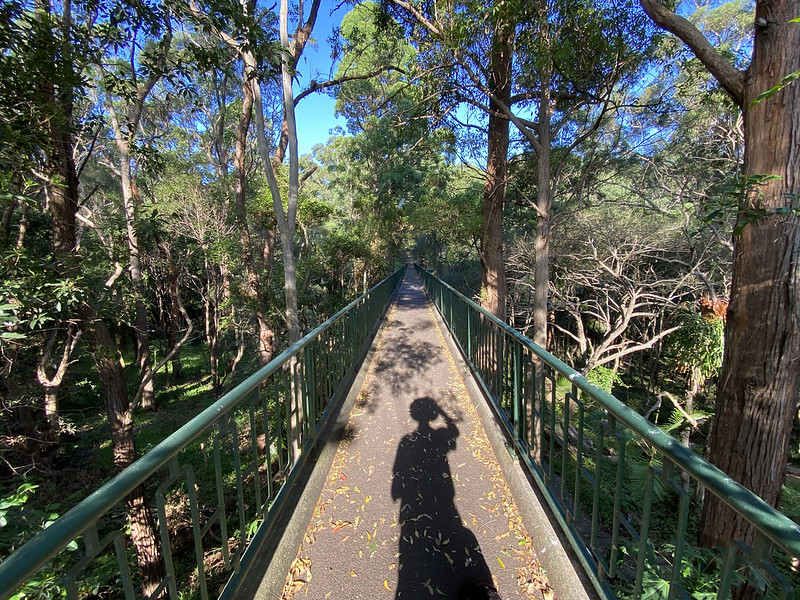 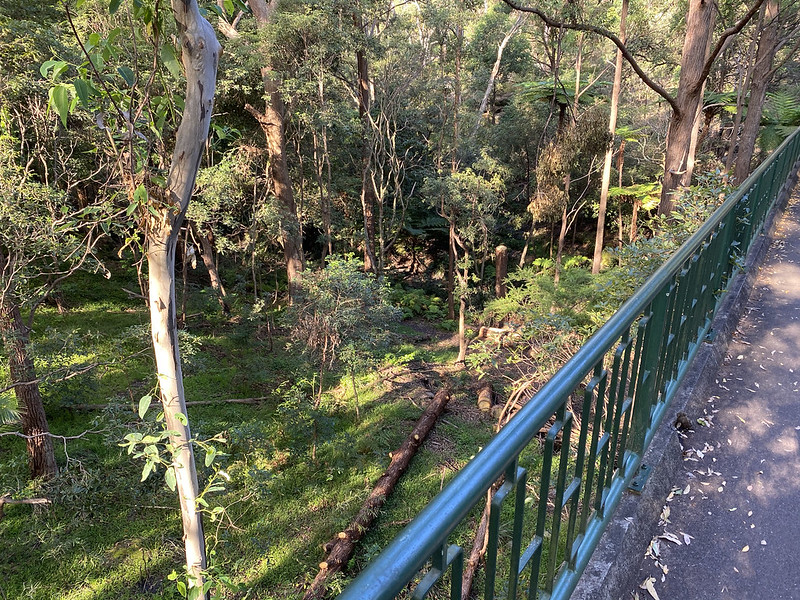 A view down into the creek valley from the bridge. 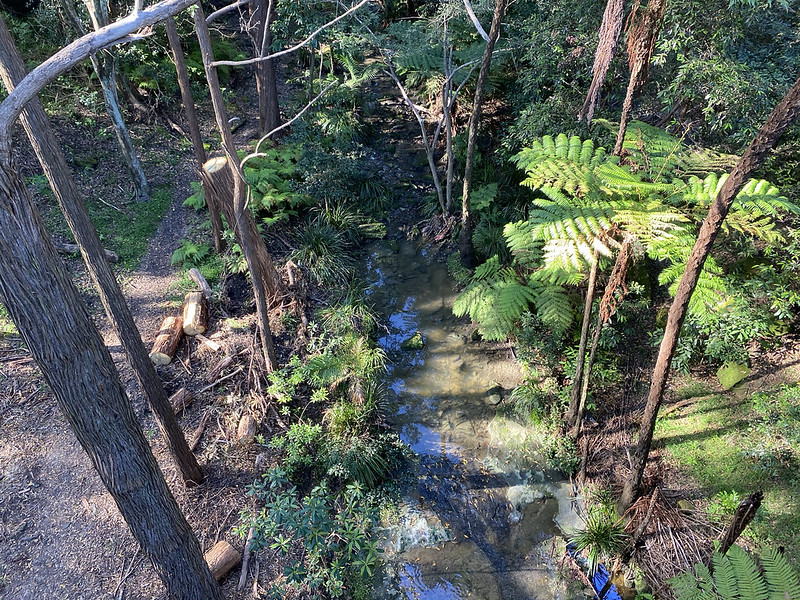 And there's Berrys Creek. Pretty full at the moment, since it's rained a bit nearly every day for over a week now. Sometimes it dries up and is nothing more than a few muddy pools. 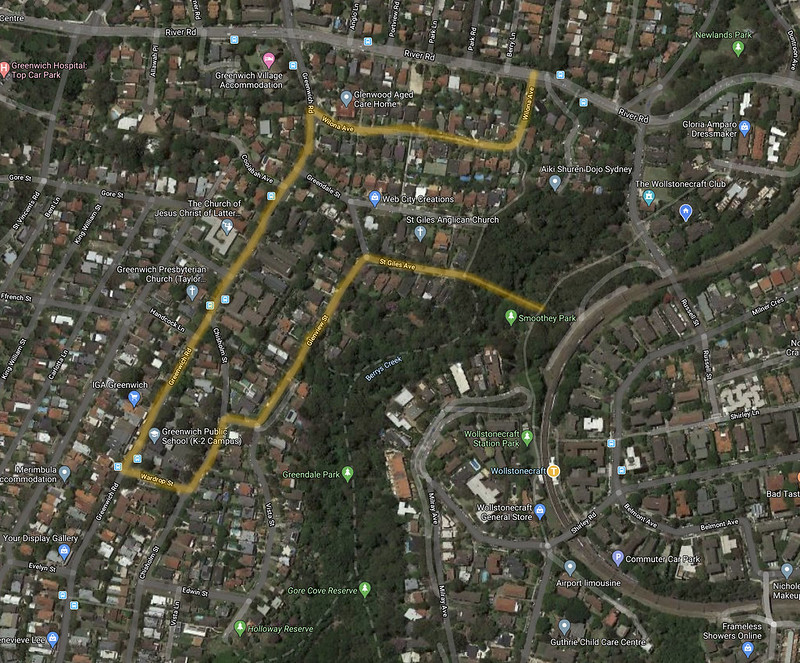 Map of this walk, starting at the intersection of River Road and Wilona Avenue at the top, ending at the far end of Beencke's Bridge in Smoothey Park, at right.