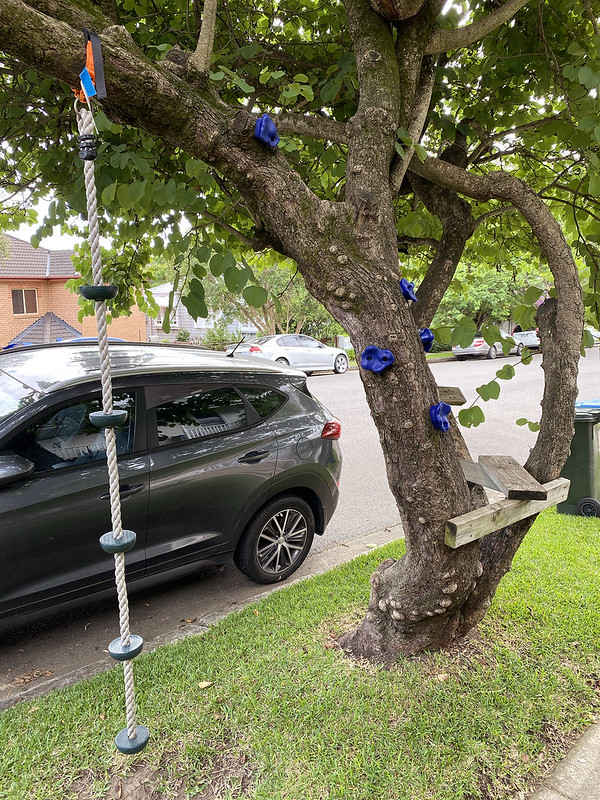 I had the idea to start documenting my walks around Sydney when I spotted this home made climbing gym for kids. I'm in the suburb of Greenwich, and I've already been walking a fair distance from home - most of the way to my destination before turning around and heading back. So this first walk is pretty short in terms of photo documentation.

Greenwich is a suburb on the northern side of Sydney Harbour, named after Greenwich in London. 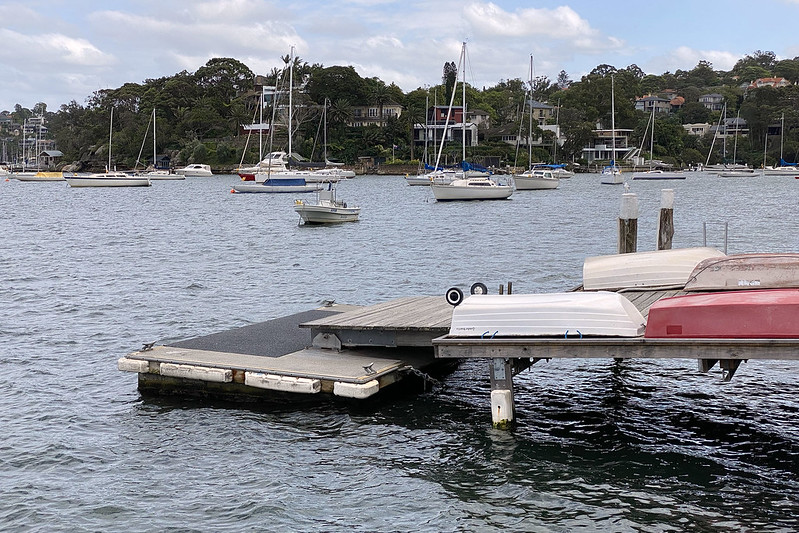 Heading down Bay Street to the water, we come across Bay Street Wharf, one of two ferry wharves in Greenwich. It's also home to the Greenwich Flying Squadron, a yacht club. The wharf has multiple jetties - this one looks like it's mostly used for dinghies. 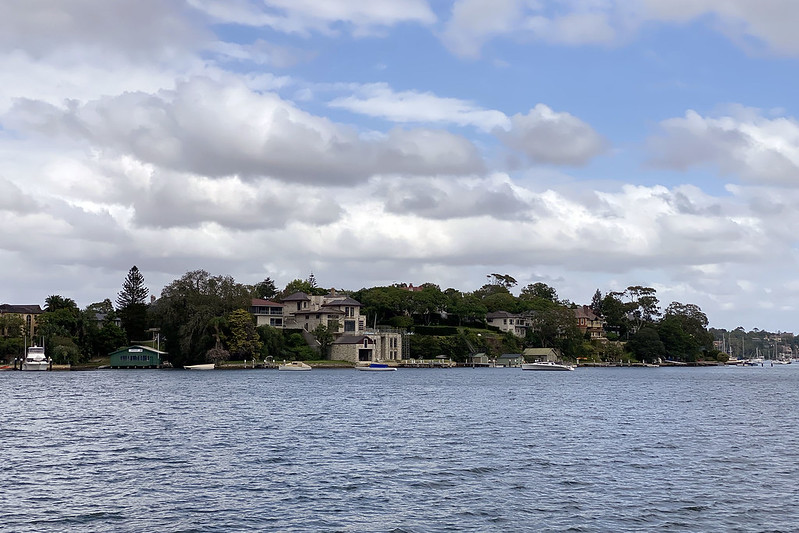 The view across Lane Cove River, to Onions Point in Woolwich. 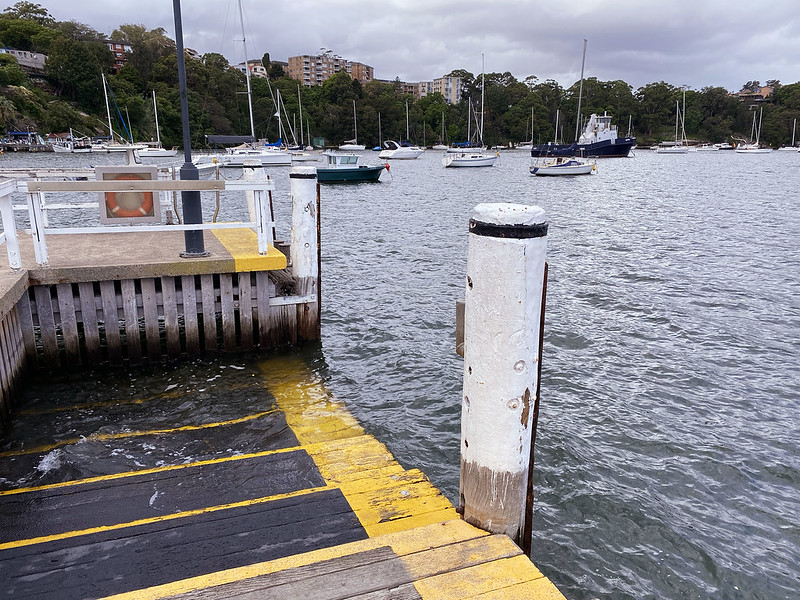 The ferry wharf part of the wharf. 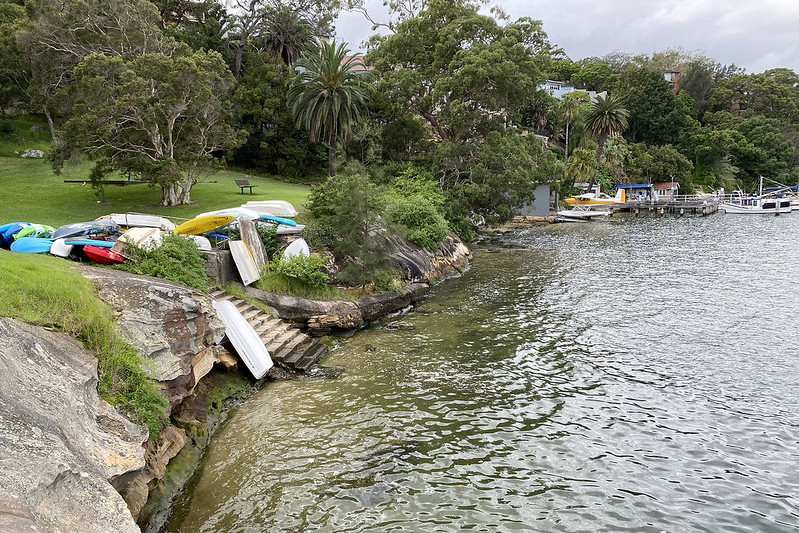 Heading east along the shore, we approach Bayview Park, next to the wharf. There are a lot of dinghies parked on the grass here, near the steps down to the water. Yacht owners moor their yachts out on the river and use dinghies to go out to them. 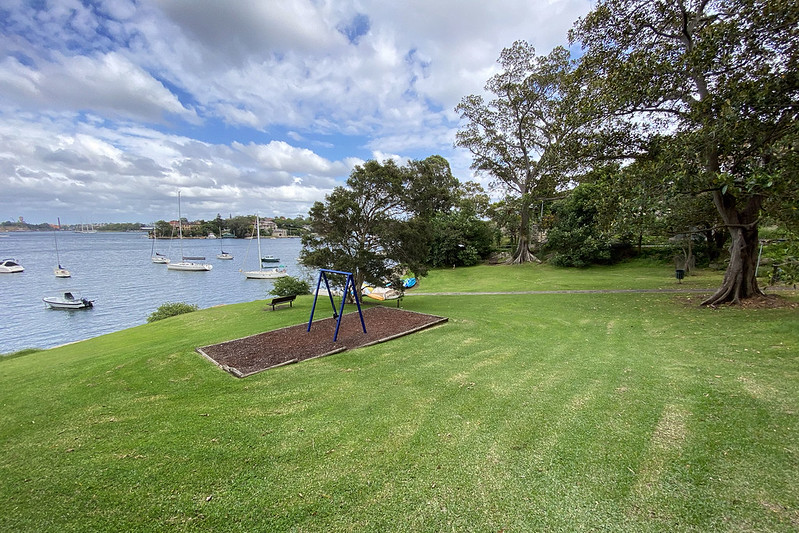 Bayview Park. This is most of the park - it's not very big. But has a great view. 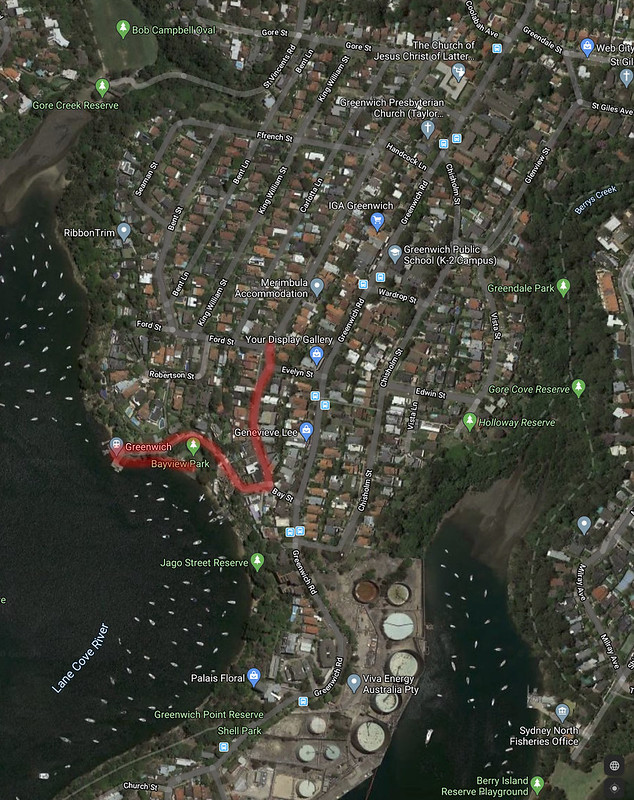 These photos were taken on a short segment of a longer walk. The segment started at the top of the red line and ended at lower left in Bayview Park.