We had rain overnight. Not just rain, but a thunderstorm. I was woken at 01:20 by a huge clap of thunder, not far away, and then there were several more over the next few minutes. There was rain too, moderately heavy, but it was nothing compared to the thunder, and I don’t think it lasted very long. Better than nothing though, as the gardens and lawns got some water for the first time in ages.

Sydney recorded 2.8 mm of rain. Which is not a lot, by any standard except the incredible drought that we’re currently in. Every second post in the subreddit /r/sydney this morning was some variant on “It’s raining!!” That’s how excited people here were to get less than 3 mm of rain.

The moisture mixed with the bushfire smoke hanging over Sydney to create a weird white smog effect that lasted through the whole day. It looked like fog, but had a faint smokey smell. I braved it go head into the city on the train to do some shopping. I signed up to be a reddit Rematch Secret Santa, and I was on an expedition to get some gifts. I won’t say what I got, but I think my recipient should be fairly pleased, as I hit many of the “likes” in their profile. 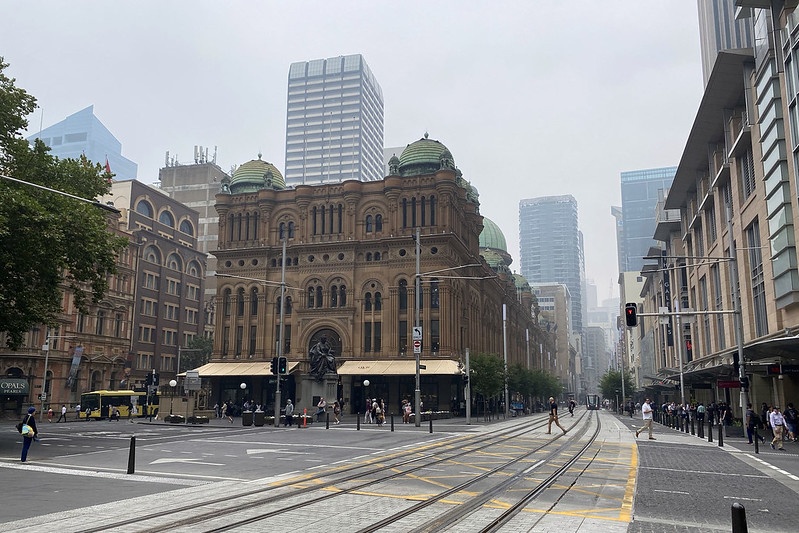 I got home and planned to spend the day writing up a new Proof the Earth is a Globe, but a little thing happened in Iran/Iraq that distracted me for a bit. I did eventually get into it, but I’m maybe only a third through writing it. Hopefully I can finish and post it tomorrow.