Most of today was spent writing a new article for 100 Proofs that the Earth is a Globe. It’s about the variation in the strength of gravity over the Earth’s surface. It was hard finding a map of the actual value of the acceleration due to gravity across the Earth, rather than maps showing the local anomalies compared to a smoothly varying reference value. There are hundreds of the latter, but I only found one of the former, copied on a few different blogs, and it wasn’t clear where the original came from. I finally tracked it down to the Western Australian Geodesy Group at Curtin University, but the link I found led to a 404 page. So I emailed the professor of the research group there to ask if the diagram was really made by them, and if not, if he knew where it came from. I haven’t heard back yet, but I’ll update the article if and when I do.

For lunch I went on a longish walk over to a bakery called The Grumpy Baker, near the dog park where I take Scully a couple of times a week. With Scully we always drive because it’s a bit far to walk with her, but I did the trip on foot today, almost 5 km there and back. The weather was glorious – it really felt like summer already, even though we’re barely a few days out of winter. I walked there on an inland route, and then walked back by the shore of the harbour to make it a loop. This is Oyster Cove: 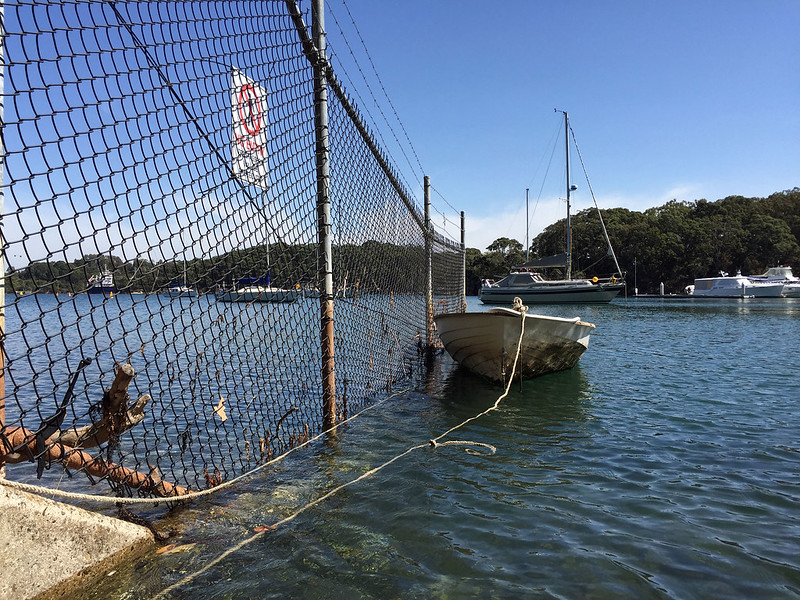 And then this afternoon the temperature got even warmer. Between 4pm and 4:30pm the temperature rose by 6.2 degrees Celsius (11.2 degrees Fahrenheit). Yes, in half an hour! A strong westerly wind was bringing in hot air from central Australia. The wind was really strong too, gusting up to 100 km/hr across Sydney, and causing some significant structural damage and bringing down several trees. A few cars got crushed and people hospitalised, and there were blackouts from power lines being downed. Nothing severe near me, but there were some small tree branches littered about the road. And when my wife and I walked up the street for dinner, the fire brigade was dealing with a damaged tree as we walked past.

And then later it rained, very heavily, while we were eating dinner. That brought a steep drop in temperature, back down 10 degrees Celsius (18 degrees Fahrenheit) between 6 and 7pm. Fortunately the rain stopped before we walked back home, but the walk was uncomfortably cold.

Today I also raided the garage to find tools to install the new kitchen shelves I bought from the hardware store on Tuesday. I found an electric drill, but no bits. I’ll probably have to go buy the bit I need.

2 thoughts on “The gravity of the situation”